Credits to @michael for helping draft this proposal. After months of research, simulations, and testing, we’ve developed a revolutionary new peg for the ARTH valuecoin.

In this proposal, we present a new price mechanism for the ARTH peg to replace the presently fixed peg of $2.00/ARTH and substitute the intended GMU basket.

The new mechanism reduces dependencies while achieving the desired outcome of hedging inflation. This eliminates common attack vectors such as oracles and bridges that would otherwise be required.

The new price mechanism simplifies the whole process down to a single rate adjustment, which the DAO then controls to increase or decrease the appreciation of ARTH.

The source code for the new algorithmic peg (along with unit tests) can be found here: GitHub - MahaDAO/gmu-oracle-contracts: The smart-contracts for the code that maintains the GMU

An example of this mechanism can be viewed here: ARTH/USD Protocol Price

What’s promising about the new price peg is that over the last 45 days, when ETH made a rally from 1000$ to 1800$, ARTH appreciated by roughly 3%, which, if extrapolated to the end of the year would mean that ARTH would’ve appreciated by approximately 30-36% if ETH continues to rally (possibly post-merge?). This will easily outperform the US inflation rate, which currently sits at 9%.

The GMU oracle is currently deployed at this address:

The Contract Address 0x7ee5010cbd5e499b7d66a7cba2ec3bde5fca8e00 page allows users to view the source code, transactions, balances, and analytics for the contract address. Users can also interact and make transactions to the contract directly on...

A detailed simulation has been performed to understand the behavior of this new peg in various market scenarios.

We have found that, on average, when measured against the US dollar, the algorithmic peg successfully captured the appreciation of the underlying asset and outperformed inflation.

Currently, the Collateral Ratio of loans is affected by the price fluctuations of Ethereum. Once the GMU is activated, the CR of active loans may start to reduce as ARTH appreciates; this is in addition to the variable of Ethereum price action.

As referenced above — once the TWAP cross triggers the ARTH peg to appreciate, 10% of the overall captured trend is converted to the new ARTH peg. The percentage can be increased or decreased to find the right balance within Ethereum’s market volatility.

This 10% is called a ‘dampening factor’ (Because it ‘dampens’ how much of the underlying asset’s appreciation the protocol captures).

This can be changed by governance at any point in time.

Given the urgency for a viable solution to wealth preservation and the technical state of oracles and bridges, it is imperative that we attend to the greater need and adapt to the limitations at hand. In doing so, we’ve simplified the mechanism for the ARTH GMU and improved the overall security and reliability without compromising the intended outcome.

As Ethereum is the most liquid smart-contract asset available, it makes sense to leverage it as collateral; this ensures greater long-term reliability and confidence in the value preservation of ARTH. In addition, this allows MahaDAO to benefit more from the growth and development of the Ethereum ecosystem.

this will be a game changer ! ETH is not going anywhere in near future so it make perfect sense to plug the GMU in ETH chain for future wealth preservation.

This unique mechanism stands out and makes maha ecosystem powerful…

This is great to see – our flagship valuecoin coming into activation. It’s been a honor working on drafting this, and big props to Steven for this innovative solution.

It’s quite amazing to see how this strategy yields a very similar result with gold over a 20 year period, and important to note is the 15% extra is a good buffer for CPI figures – which tend to be lower than actual.

Something to keep in mind for future adjustments to the dampening factor; we must ensure that ARTH does not “overvalue” and thus become seen primarily as an investment asset. We want ARTH to circulate and be used as a medium of exchange for retail. This mechanism, would also impact the behavior of spending and saving preferences for ARTH, and also demand for loans.

As the dampening % has a great effect on the ecosystem, I’d like to recommend that any future adjustments to the dampening % adopt the 30d governance waiting period. This reduces the impact of bias between loan holders and balancing appropriate value of arth.

Looking forward to this going live

So the time has come…
Michael mentioned that ARTH can’t appreciate too rapidly and too fast as we want it to be value-stable, I agree. The way I see it, ARTH can appreciate too much at some point, I think there needs to be a stabilization mechanism put in place for that, but I don’t know if it has to be put before this implementation or can it wait., I’ll leave it to smarter fellas.

So there’s a 10% dampening factor on a 30 day TWAP, which imo is a slow enough mechanism to make sure that ARTH doesn’t fluctuate like crazy.

We can also see the results in the last few weeks of ETH price where it went from 800 to 1500 to 1800 and then back to 1500. Whilst the movements have been in the 20-100% range; the new ARTH peg has only appreciated by a factor of 3% in a period of 45 days. Which imo is slow enough to be considered as “stable” whilst still appreciating against inflation.

In some of our simulations, we played with this number and found the results to be as such. A higher dampening factor (15, 20, 50, 100%) caused ARTH to appreciate more aggressively. This sounds like a great idea on paper, but in practice it would probably wreck people who are borrowing ARTH and make it increasingly unattractive to hold.

So the 10% dampening factor is a nice “peaceful”

I think we need to set the voting again, but then also communicate via Medium, Twitter, Telegram, Discord and here in the forum etc. that the official voting is running.

If no one knows, a voting is useless.

voting was not live. it was more of a test vote. 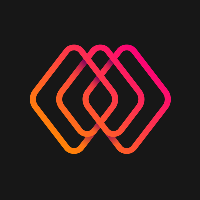 MIP.C2-0023: Update ARTH to Start Using the New Price Mechanism Credits to @michael for helping draft this proposal. After months of research, simulations, and testing, we’ve developed a revolutionary new peg for the ARTH valuecoin. ABSTRACT In this...

Nice works.
I am not a technical crypto person but I think we have returned to another algorithmic stable coin but with more connection to ETH.
I feel simulation to only for price appreciation is not enough and we should simulate against worse case scenarios. Could you please elaborate on this how the price will be stable if a huge drop of ETH price, let say 50%, happened?

Hi Obeiki, so let me break this down on how it works – one distinction is that this is not an algorithmic stablecoin in the traditional sense of what that term means. Yes, it uses an algo to position the peg – but it does not achieve stability by depending on inflation/burn mechanics of our own token. The full and complete value backing ARTH is inter-dependent of our ecosystem.

As ETH is deflationary, this hedges against the inflationary fiat. What complicates things however, is the volatility of ETH makes it attractive for speculators – and therefore as a speculative asset, it becomes unsuitable for the requirements of currency/money. There is a balance between preserving purchasing value and encouraging the spending/use of ARTH – we want ARTH to circulate more than nesting, as that will also generate more fees and perhaps grant revenue.

Could you please elaborate on this how the price will be stable if a huge drop of ETH price, let say 50%, happened?

The 7-day price average would cross below the 30-day price average. This triggers the GMU to stop appreciating and hold price peg.
The loans used to mint ARTH with ETH, would start to see their CR % reduce. If it falls under 110% of the borrowed amount, then the loan is liquidated. There is two ways this can occur – either the stability pool absorbs the debt and receives cheaper ETH, or the loan collateral is distributed across all other existing loans with higher CR.

In short, debt is cleared to maintain over-collateralization of ARTH at all times. Even during a black swan event, the price peg will remain the same or higher. Can read more details here > What is ARTH Pegged to? - ARTH Guidebook

The price is algorithmic with a reliance on the USD dollar price of ETH.

But in no way are we an algorithmic stablecoin that is commonly associated with stablecoins that have stability mechanisms similar to that of (formerly) basis cash (BAC & BAS), empty stable dollar (ESD) etc…

ARTH is and always will be fully backed by ETH or some other highly liquid collateral to the tune of at least 100%.

The issue here is that we need something (a price feed) that is completely independent from the US dollar (For the obvious reasons ie inflation, wealth distribution, politics of the US dollar) but is still as widely accepted as much as possible.

Acceptance is an important feature of a currency. Earlier version of the ARTH’s peg (being compromised of a basket of assets) and versions of competitor coins (eg: FPI, AMPL being pegged to the CPI to track inflation) suffer from this main issue.

ie it is hard to get the average man to “accept” a new currency (ARTH) when he/she is comfortable with his local currency (USD, EUR etc…). Especially if ARTH has a chance of moving downwards against say the US dollar when he/she could’ve just been simply holding dollars and not have interacted with ARTH at all.

So the idea should be to create something that is a bit more attractive for the average person than what the US dollar currently offers (instead of simple ideas such as being backed by a basket of goods which can also go down in value at times).

So hence (with work from other economists) we have come up with this new peg that algorithmically appreciates against the US dollar (by capturing ETH’s growth) but does so every so slightly so that it doesn’t cause liquidity providers to go into a loss. So going "Up only’ only happens when ETH is showing bullish signs.

This is why it’s kinda a “algorithmic pegged stablecoin”

For now we are measuring growth of the ETH/USD peg and getting ARTH to appreciate against the US dollar. If US dollar weakens/strengthens then it does have an influence in our peg as well. But for now we can keep it this way since USD is the defacto standard for measuring value; until a more dominant currency or reserve currency comes into the picture.

I feel simulation to only for price appreciation is not enough and we should simulate against worse case scenarios. Could you please elaborate on this how the price will be stable if a huge drop of ETH price, let say 50%, happened?

So in the event there’s a massive drop in ETH, then the protocol’s liquidation mechanisms will start to act and it will liquidate bad loans as it normally would.

However with this new peg, borrowers will get liquidated more than before but not by a huge factor since we are dampening the growth of the peg by 10% across a 30 day moving average (which should be slow enough).

Proposal has passed with a massive success.

The new ARTH peg will go live once the 12 day timelock gets over. Looking great guys. Thanks for your support. 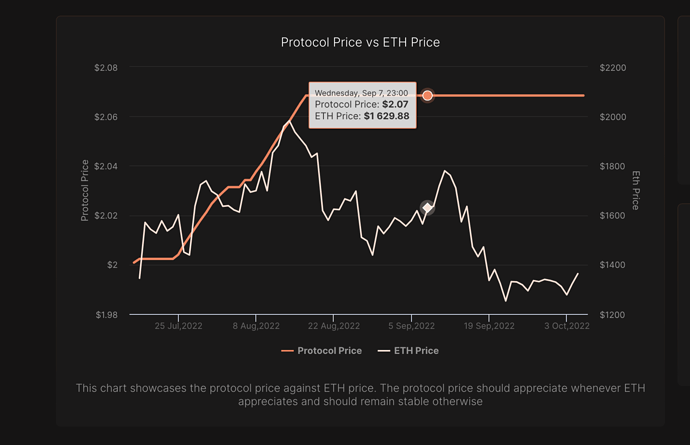